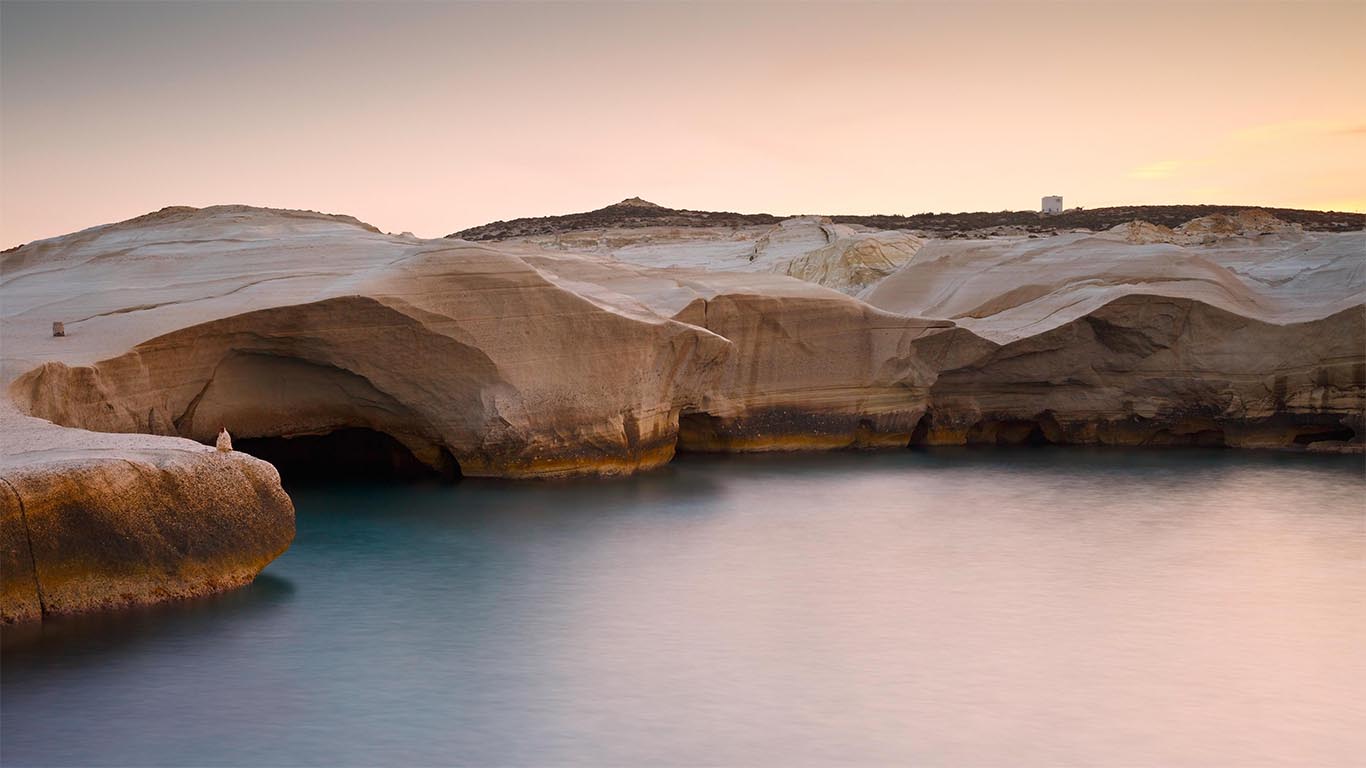 Sarakiniko, as you read before it’s a lunar scenery you will feel for sure you are the protagonist in a dream!

How did the white rocks formed?

Rock formations were created by several layers of sea and land organisms’ fossils on the volcanic rock over several millennia. The wind and sea then sculpted the rocks that were created by the fossil layering into the bizarre and otherworldly shapes that make Sarakiniko unique. Wave erosion has created caves along the coast.

It is considered one of the most beautiful beaches in the Aegean. Don’t miss the fact that it is also photogenic and when you google photos of Milos in Google or Instagram, the first thing you will see it’s for sure Sarakiniko. It is one of the closest things to exploring an alien planet or the surface of the moon but combined with an exotic seafront.

The Saracen pirates took refuge in these caves and the beach got its name from them.