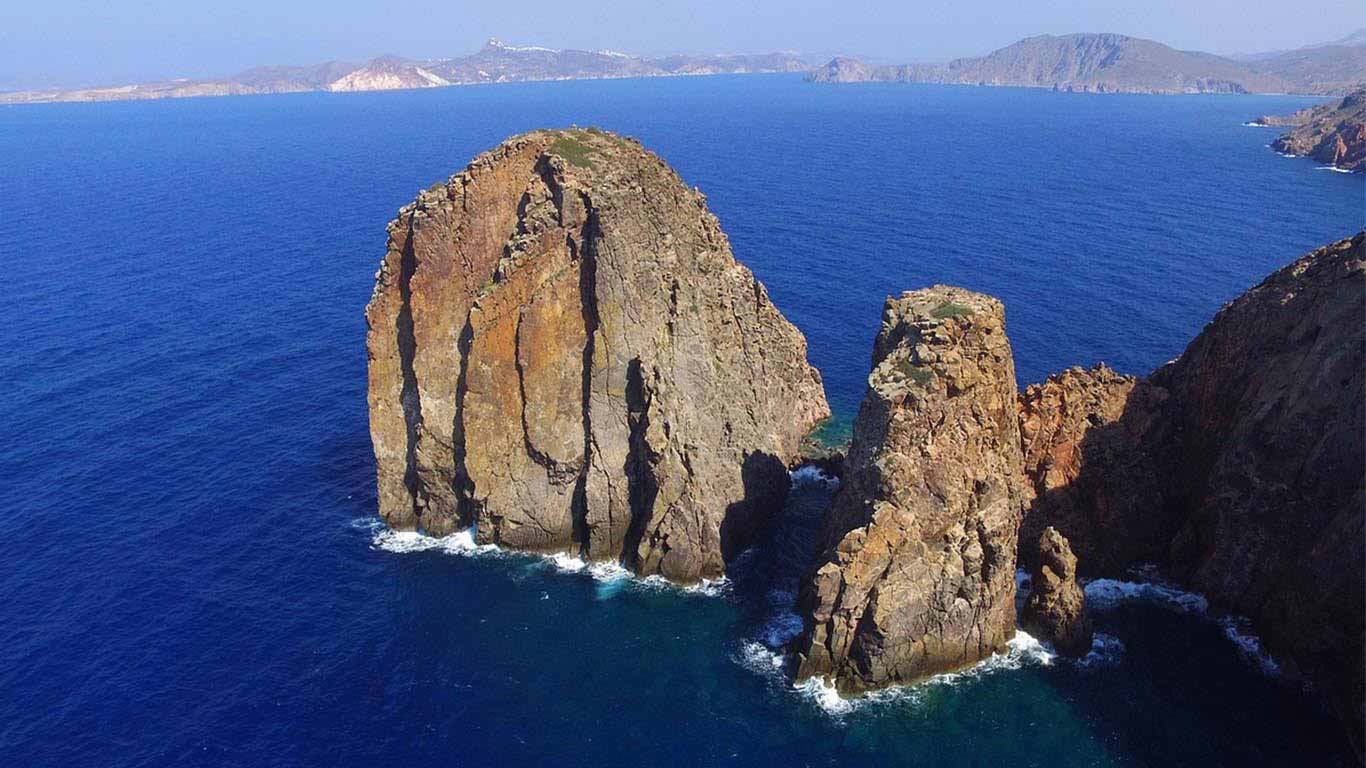 The Cape Vani, it’s a historically important landscape in Milos and it is the northest part of the island. It is located 25km northwest of the port Adamantas.

Vani used to be a volcanic crater under the sea. It is famous because of its abandoned manganese mining, started in 1898. Because of the minings, the ground is composed of fine orange sand. The landscape it’s completed from a huge rock formation vertically cut, with horizontal layers in black and ruby ​​colour.

In the area, you will find old tunnels, caves, ruins of buildings near the mine and a large opening at the edge of the cape.Vani is also known between the locals as “bacon” because of the similarities in the colour with bacon. (!)

Tip: There is a small path that leads to a beach with colourful stones.