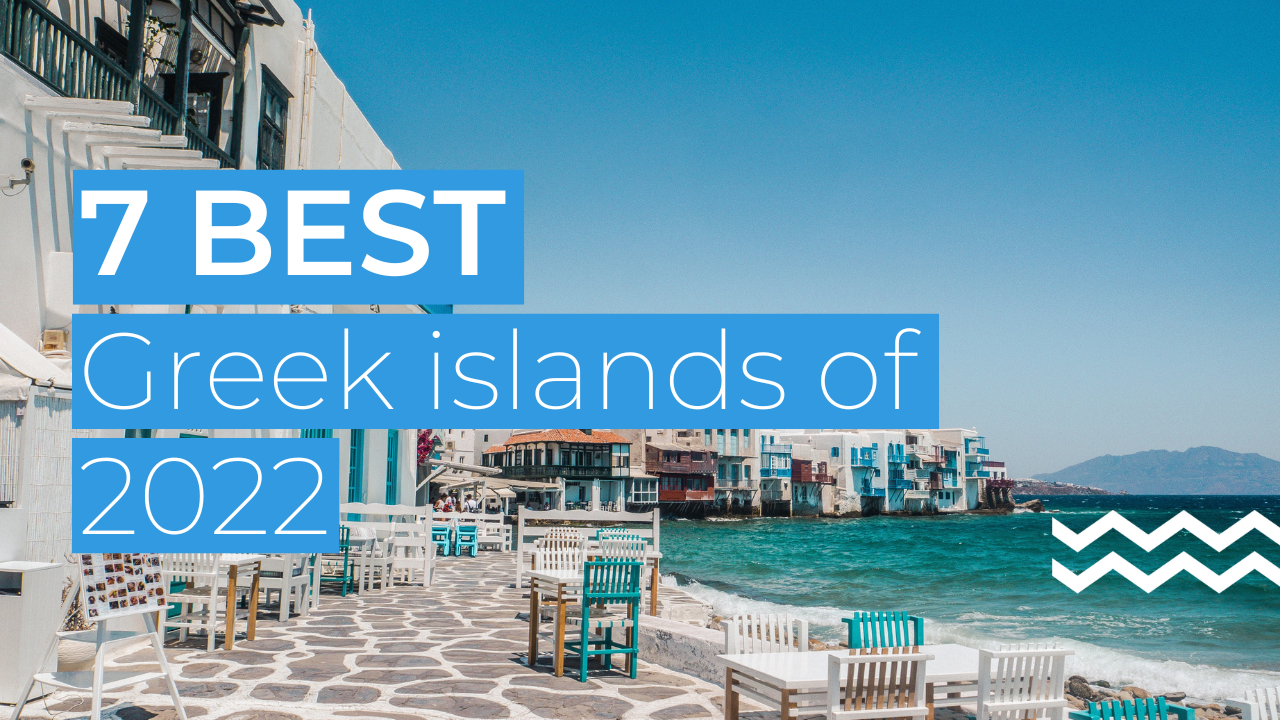 Who can fail to be charmed by the Greek islands?
With their rich history and culture, sumptuous cuisine, warm hospitality, and sunkissed beaches stretching as far as the eye can see, there’s something for even the most delectable traveller to enjoy.

Here, we unlock the secrets of the most beautiful Greek islands and the most popular destinations for the summer of 2022.

Best for: Honeymooners and first-timers

The view may be a romantic cliché but it still takes your breath away.
Santorini, now the most popular destination in Greece, will lift your senses and you will surrender to the intensity of its contrasts. Of the black earth with the whitewashed villages of the caldera. Of wild volcanic sculptures with simple Cycladic lines.

Best for: Culture and off-season cachet

An island with an Italian air that is clearly visible in the squares of Hermoupolis. Filled with colourful houses that contrast with the white and blue of most of the islands. The island often hosts various festivals of dance, digital art, cinema, music, and also the Greek blues, known by Markos Vamvakaris.

Syros does not need tourism and therefore has not changed. The main occupation of the residents is the shipyards, which, although they have an unpleasant appearance, are in no way representative of the island.

Best for: Character and lush landscapes

She is described as “the It Girl of the Ionian Islands”. The cosmopolitan island combines influences from the Venetians, the British, and the French, with one part of the island featuring pastel-coloured houses and olive groves and the other some of the best beaches in Europe.
With majestic palaces, fortresses, romantic cantons, arched arcades, incredible beaches, and unique gastronomy.

The historical centre of the island, the Old Town of Corfu has been included in the UNESCO World Heritage Sites.

Best for: A photogenic and dramatic coastline

The rocky coastline gives way to some of the most pristine crystal-clear waters you’ve ever seen. The landscape is steep hillsides dotted with sparse vegetation, whitewashed houses, blue-domed churches, and grazing goats.

In Plaka, the alleys are small and narrow, but the residents have painstakingly made sure that every detail is in its place. All the buildings are perfectly whitewashed, the shutters the perfect shade of blue, and the bougainvillaea look like they’re always in bloom. Even the stones have been painted separately to stand out from the pavement. If you don’t know, the sunset in Plaka rivals that of Santorini.

Klima is the most photographed spot in Milos, these colourful doors are warehouses and parking lots for boats dug into the soft volcanic rock.

It was voted the best island in the world by the readers of American Travel + Leisure, which is admittedly a huge distinction.

Best for: A mythical retreat for lovers and loners

In addition to being the homeland of Odysseus, Ithaca is a verdant island adorned with picturesque villages whose slopes end in beautiful bays with wonderful beaches.

Picturesque harbours hugging sheltered bays with sailboats rocking in the calm waters, the houses are traditional Heptanisian, colourful duplexes with balconies. In Vathi you will see the statue of Odysseus standing proudly on one side while his boat is rowing on the other side, while in Kioni discover the very small beaches with turquoise waters that the village streets lead there.
The beaches are small and unspoiled but above all quiet.

Best for: Castaway coves and a picture-perfect port

We are now used to it being presented by Greek bloggers every year.
Little Symi has the most beautiful harbour in Greece. As you round the headland, neoclassical mansions in every shade of apricot and peach rise like mirages from the sea. Built by sponge and spice merchants in the 19th century, the entire town is now a national monument.

Graphic and imposing. What you want is to find the best spots to admire the settlement from different angles and watch the boats coming and going in the port. Up on the hill, the view gets even better.

Best for: Antiquities, active adventures, and sunshine all year round

On the southern side of the Aegean, a mysterious, warm, pure, generous island encloses the entire “soul” of Greece.
In Crete you will find some of the most important sights of Greece: famous archaeological sites such as the palaces of Minoan Crete, Knossos, Phaistos, Malia, and Kato Zakros invite you to discover them.

You will be impressed by the hospitality and joy that the people of the island spread.

In Crete, you will discover your adventurous side, by canyoning in the canyons, for 4X4 in the mountains, and for trekking on the countless walking routes.

Have you visited any of the above islands?
You have one more chance.
Make this summer worth it and plan your vacation on a stunning Greek island now. You will be rewarded.